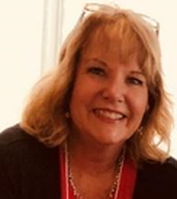 Susan Tully, President
Susan is the current President of the LCDCCW. She converted to Catholicism from being an Evangelical after 25 years of marriage to her Catholic husband, who is Deacon Tully of Richland Center. Susan has served as Treasurer, Vice President, and President Elect for the LCDCCW. Susan was Vice President and President of her Deanery. Susan is a La Crosse Diocesan graduate of Lay Formation and served as a Leader of Prayer, RCIA Instructor, Adult Formation Instructor, Lector, and extraordinary minister of the Eucharist.
Susan enjoys the fellowship and interaction with the other women called to work in their parishes and the diocese to further the mission of Christ. “We all need to support the women throughout the Diocese of La Crosse in their effort to empower and educate all Catholic women in spirituality, leadership, and service”. Her mission continues to be, to guide the women toward more programs that fulfill the Gospel mission of service to our fellow man through charity and works of mercy.
Susan is a mother of six (6) grown children and grandmother of 16. She says if she had known being a grandmother was so much fun she would have started with that! 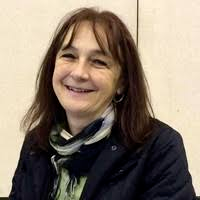 Marie Fleisner, President Elect
A convert to Catholicism when she was a teenager, Marie has embraced Christ’s call to service. She began by teaching the faith to the young people as a catechist in 1981. She’s been involved in various aspects of women’s ministry for over 20 years, and currently serves as the President Elect of the LDCCW. She previously served in the capacity of Treasurer and Vice President. Marie also served as LDCCW pro-life liaison from 2016-to 2018.
At the local (PCCW) level she has served in every office and commission. Marie served at the National Council of Catholic Women as a member of the Spirituality Commission from 2017-to 2019. Marie is a commissioned Leader of Prayer, lector, Eucharist minister, sacristan, and parish council. She is a regional coordinator for Silent No More, chair of the North Wood County Chapter of Wisconsin Right to Life, and along with her husband, serves as Community Coordinators for Central Wisconsin Retrouvaille, a marriage ministry. Marie says of her experience with the Councils of Catholic Women: “I have been invigorated and inspired by the interactions with the many women I have met at all levels of this organization. The energy, love, and spirituality of the women involved are palpable and dynamic. My own faith and call to service have been greatly strengthened.”

Candace McGrath, Vice President
Candace McGrath joined the Catholic Church while she was in college. When Monsignor Scheckel came to St.Mary's in Richland Center, he encouraged her and supported her as she became a Consecrated Marian Catechist. As her spiritual advisor, he knew she had a solid teaching of the Catholic Church faith, and hired her to be the  Coordinator of Religious Education. Since then she has served as Parish President, Deanery President, LDCCW Spirituality Commission Chair, LDCCW Service Commission Chair, and LDCCW Secretary for two years.
Candace has a strong devotion to Mary and believes we all need to work together as a team. Her favorite scripture verse is John 8:12 (her birthday) " I am the light of the world. Whoever follows me will not walk in darkness but have the light of life." 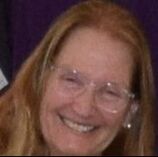 Kay Kesler, Secretary
Kay loves the Catholic Faith. She is a daily Mass attendee for more than 37 years. In her Parish, she serves as a lector, communion minister, religious education teacher, and rosary leader for the past 45 years.  She has held positions as secretary, vice president, and president of her parish PCCW; Secretary, vice president, and president at her Deanery level; and Spirituality Chair and Treasurer for the LDCCW. She loves working with women who are rooted in their Catholic Faith.
Kay and her husband Fred Prassas own a property management firm in La Crosse and Hudson. Kay holds her Minnesota and Wisconsin Real Estate Brokers License and specializes in managing Home Owners Association and Condominiums.
Kay works at her office full time but starts the day at daily Mass across the street at the Cathedral of St. Joseph the Workman.  They have 4 grown children, 3 grandchildren, and only 1 dog. They currently live in rural Bangor, but hope to one day move to their building across from the Cathedral. Where Kay hopes to make it to Mass on time every day.

Debbie Wolfe, Treasurer
Debbie is a member at St. Casimir Church in Stevens Point.  Debbie is employed as the Parish Secretary at St. Casimir. She also serves as the President of St. Casimir PCCW and on the altar as Lector and Eucharistic Minister. Additionally, Debbie has previously served as the Steven Point Deanery President.
Debbie and her husband Jesse have been married for 44 years. They share 3 children and 9 grandchildren; 2 granddaughters and 7 grandsons. Debbie received a degree in Accounting from UWSP and worked in Tax Accounting for Sentry Insurance until her retirement in 2013. Debbie will be putting her talents to good use while serving as the Treasure for the LDCCW! 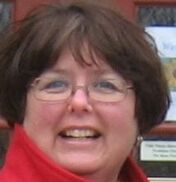 Melanie Frei, Immediate Past President
Melanie Frei is a member of Queen of the Apostles Parish in Tomah, Wisconsin. She and her husband, Tom, began life together as Protestant missionaries in Hong Kong. Studying Scripture and Church history, they were led to the Catholic Church and became Catholics, with their three children, at the 1998 Easter Mass.
Like many converts who testify that their faith and understanding of Christ and Sacred Scripture is much fuller and deeper as a Catholic, Melanie frequently testifies, “I love being Catholic!” She has found ways to serve Jesus and His Church by leading Bible studies, teaching religious education classes, and serving as director of a Catholic youth center. She is also active in pro-life work, attending the March for Life and creating Pro-Life floats for Tomah parades. She is a regular cantor and loves to sing at nursing homes and senior centers. In addition, she has worked as a parish secretary and as a music director. Melanie and her husband have worked in a prison ministry for eight years. With Tom’s help, she also wrote a book on the many wonderful treasures she has obtained as a Catholic.
Newly retired, Melanie and her husband road trip around America. They love museums, national parks, presidential libraries, watching movies, listening to audio-books, and visiting their grandchildren in Florida. Summer of 2022 will find them performing in the Tomah Area Community musical, Bye, Bye Birdie!
As Immediate Past President, Melanie begins her ninth year on the Diocesan Board of Directors. 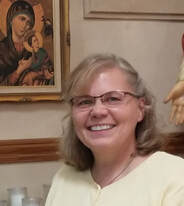 Lorraine Riedl, Leadership Commission Chair
Lorraine is a lifelong Catholic and a member of Queen of the Apostles Parish, Tomah, where her husband serves as Deacon.  She is a Leader of Prayer and loves teaching the faith through the RCIA program.  She has held positions of leadership commission, vice president, and president of her parish PCCW, president of the Tomah deanery and for the diocese council she was Service Commission, Spirituality Commission, and President. 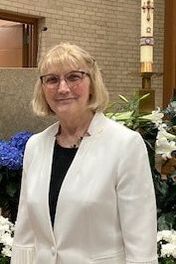 Lu Ann Miller, Province Director, Province of Milwaukee for the National Council of Catholic Women
Lu Ann is a parishioner at Mary Mother of the Church, in La Crosse, where she is a Lector. She has served on her parish PCCW as President, and on the LCDCCW as Vice President, President Elect, President and Leadership Commission Chair.
Lu Ann and her husband Don, are parents to John and Kate, and have four (4) granddaughters. Lu is a 42 year employee of the Mayo Clinic in La Crosse.
Lu Ann says all of the women involved in the various Diocese of Wisconsin inspire her, give her great joy and tremendous hope for the future.
"Each one of you inspire me – you inspire me to want to help all parish councils in the very best way I can, as a leader and a fellow council sister. You give me joy, so much hope – and my hope is each of you continue doing what you can to serve, in leadership or in ministries within your parishes and especially the home church ministry while gathered around your own tables and serving your beautiful families.  Thank you so much for all that you do!". Lu