MEET OUR LEADERS OF TOMORROW:
Conveyed from the office of our Bishop:  “I extend my sincere appreciation to these women and all the women of the La Crosse Diocesan Council of Catholic Women for all the talents and gifts they continually bring for the service of your brothers and sisters in our beloved Diocese.” – Bishop William Callahan

​Thank you for wanting to share your individual talents and gifts with so many fellow council sisters  and as you come together to serve, may we give you our blessings for the many beautiful and rewarding moments ahead – The LDCCW Nominations Committee 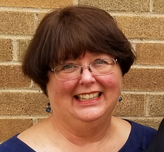 Melanie Frei, President
Melanie Frei has served the La Crosse Diocesan Council of Catholic Women as the Spirituality Chair, the Vice-President and now, as President-Elect, preparing to step into the role of President.

When not serving the LDCCW, Melanie works as a substitute teacher for Tomah schools and runs an airbnb in her home. At her parish, Melanie teams up with her husband Tom in leading Bible studies, prison ministry and parish music.
Melanie not only wants to thank you all for your support, but wants to especially thank Lorraine Riedl for her amazing leadership. Lorraine will be hard to follow, but as the new Past President, Melanie is glad Lorraine will be close by. This is the beauty of our Councils of Catholic Women. We are never alone, but work together to empower and educate one another. May God bless our new team of officers! 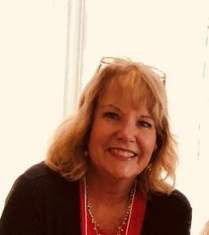 ​Susan Tully, President Elect
I am happy to continue my involvement with the La Crosse Diocesan Council of Catholic Women, where I currently serve as the Vice President, and as The LCDCCW Treasurer from 2016-2018.
I enjoy the fellowship and interaction with the other women called to work in their parishes and the diocese to further the mission of Christ. I especially enjoy being able to help and support their work and activities of our Lord Jesus Christ. I believe we all need to support the women throughout the Diocese of La Crosse in their efforts to empower and educate all Catholic women in spirituality, leadership and service.
I wish to lend my time and talent to the work and reach of the Council of Catholic Women through the Diocese of La Crosse. My mission continues to be, guiding the women toward more programs that fulfill the Gospel mission of service to our fellow man through charity and works of mercy.

​Marie Fleisner, Vice PresidentAs a convert to Catholicism when she was a teenager, Marie Fleisner has embraced Christ’s call to service, beginning with teaching the faith to the young people as a catechist since 1981. She has been involved in various aspects of women’s ministry for over 20 years, where she currently serves as the secretary of the LDCCW, and served as treasurer from 2014-2016. She also served LDCCW as the pro-life liaison from 2016-2018. At the local (PCCW) level she has served in every office and commission. She currently serves as vice president/president-elect of the Marshfield Deanery Council of Catholic Women where she previously served as service commission chair, president-elect, and president. Marie further served at the NCCW level as a member of the Spirituality Commission from 2017-2019. Marie is also very active in other ministries at her parish including commissioned Leader of Prayer, lector, Eucharist minister, sacristan, and parish council. She is a regional coordinator for Silent No More, chair of the North Wood County Chapter of Wisconsin Right to Life, and along with her husband, serves as Community Coordinators for Central Wisconsin Retrouvaille, a marriage ministry. Marie says of her experience with the Councils of Catholic Women: “I have been invigorated and inspired by the interactions with the many women I have met at all levels of this organization. The energy, love, and spirituality of the women involved are palpable and dynamic. My own faith and call to service have been greatly strengthened.”

​Kay Kesler, Treasurer
Kathryn Ann (Kay) Kesler is a person that loves being Catholic. For the past 35 plus years she has been at daily Mass. She has also served as a lector and communion minister for the past 40 plus years. It has only been recently that she discovered the joy of serving in the local, deanery and diocesan CCW organizations. In 2016 she was asked to take over as president for St. Mary’s because she had a computer that could read the flash drive the previous president left for information.  It was a very rewarding 3 years. In 2014, Kay became the vice president of the deanery and 2 years later the president. After being introduced to some of the strongest Catholic Women she ever met, she could not resist the opportunity to continue to serve at the Diocesan level as Spirituality Director. And now, she would like to take on the Treasurer's position. The former Treasurer, Renee Lindstrom, has streamlined and brought all the PCCW’s up to date, and we thank her for that.

Kay and her husband, Fred Prassas have owned a property management business for over 35 years. Currently they managed just under 500 units on the western side of Wisconsin. Their latest adventure is to purchase the building adjacent to their current office building. That building houses the Noelke Church Supply Store. Kay’s work duties are making sure every one’s rents are paid, or all condominium fees are received, keeping all complexes within their budgets, presenting monthly statements to all owners after the check statements are balanced, and helping the complexes deal with maintenance problems.

In past years, Kay served as “first lady” when Fred was president of the Wisconsin Realtors Association and the La Crosse Realtors. When Fred was president of the Institute of Real Estate Managers, a division of the National Association of Realtors, Kay travelled with him to Poland, Russia, Hungary, Chile, Brazil and Japan. If there was a Catholic church near their hotel, Kay went to daily and Sunday Mass. 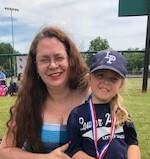 Candace McGrath, Secretary
Candace McGrath joined the Catholic Church while she was in college.  When Monsignor Roger J. Scheckel came to St. Mary’s, in Richland Center, where she lived, he encouraged her and supported her as she became a Consecrated Marian Catechist.  As her Spiritual Advisor, he knew she had learned solid teaching of the Catholic Church and hired her to be the Coordinator of Religious Education.  Since then she has been a Parish President for four years, a Deanery President for four years, a Diocesan Spirituality Commission Chairperson for two years, Service Commission Chairperson for two years and served as Secretary on a number of different committees within the church including the PCCW.  Candace has a strong devotion to Mary and believes we all need to work together as a team.  Her favorite scripture verse is John 8:12 (Her birthday.)  “I am the light of the world.  Whoever follows me will not walk in darkness but have the light of life.”

Lorraine Riedl, Immediate Past President
Continuing on the leadership journey of the LDCCW organization, she has served as President,  President-Elect, chair of the Renaissance Team, the Grant and Scholarships Committee and By-Laws and Guidelines.  Prior to that, she was involved in Commission work, having been the Service Chair and the Spirituality Chair within the La Crosse Diocesan Council of Catholic Women organization – both commissions she tackled with her usual zest, enthusiasm and excitement.   During that time, she gained a deep understanding and knowledge of the programs within each of those commissions.  Along with the offices she committed to at the Diocesan level, she also served on various committees within her parish of Queen of the Apostles in Tomah, Wisconsin.   Lorraine has held various leadership positions in her parish and deanery councils of Catholic women and on the national level, she served one year on the Service Commission.